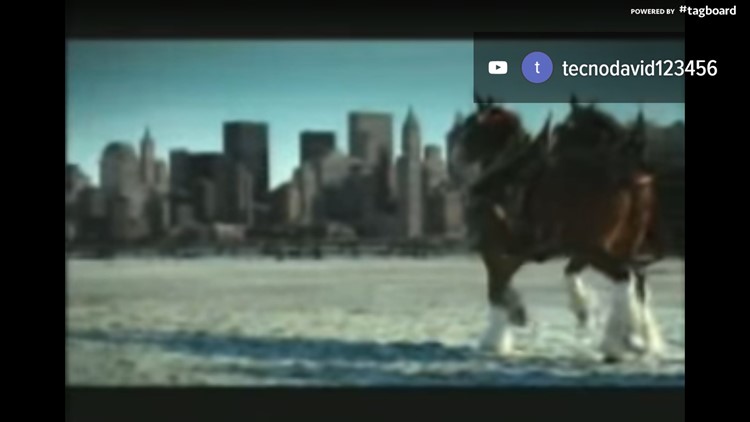 A commercial that only appeared once in 2002 to honor those on 9/11 has resurfaced online.

The one-minute commercial from Budweiser appeared during Super Bowl XXXVI, which was when the St. Louis Rams played the New England Patriots.

It shows the iconic Clydesdales going to New York City.

According to Business Insider, Budweiser received the blessing and support of then-mayor Rudy Giuliani before creating the ad.

The commercial was uploaded to YouTube by someone in 2008. Click here if you don't see the video below

Business Insider reported in 2016 that Budweiser aired a reworked version of the ad in 2011. It was made to reflect the 10 years that had passed. The company told Business Insider the updated version was released to raise awareness for the fundraising campaign for the National September 11 Memorial and Museum.