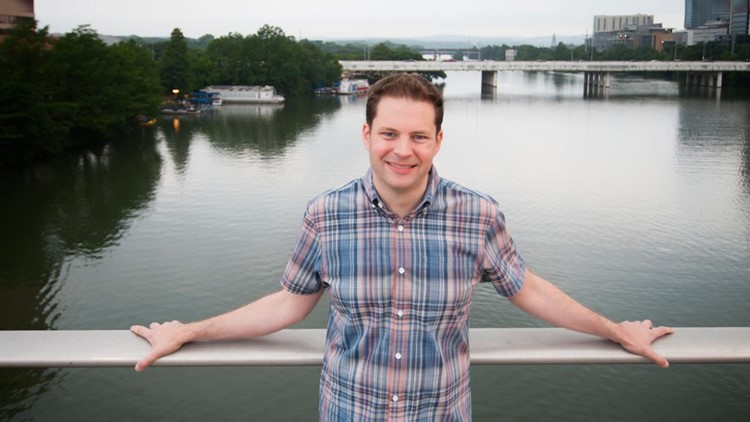 AUSTIN, Texas — Tony Plohetski is a national award-winning journalist whose work spans print, television and digital mediums. He has been on the frontlines of many of the region's biggest stories since joining the Austin American-Statesman in 2000. Since 2013, he has worked in partnership with KVUE, where he is the station's Emmy-winning senior reporter.

Plohetski became a noted authority during a rash of bombing attacks in Austin during a 19-day span in March 2018. He was the first to report in the middle of the night that the suspect killed himself as police closed in and later gained exclusive details about the bomber's audio confession.

A year after the attacks, Plohetski helped produce the KVUE documentary "Stopping the Austin Bomber" and authored a three-day serial narrative "19 Days" for the Statesman that provided the most detailed account of how law enforcement found the attacker.

His work for the Statesman was showcased in a portfolio that was awarded a Sigma Delta Chi award from the Society of Professional Journalists and to be named Texas Star Breaking News Report of the Year and to receive a Charles E. Green Award from the Headliners Foundation of Texas.

His live reporting for KVUE was part of a composite that received first-place awards for breaking news reporting from the Texas Associated Press Broadcasters and a Charles E. Green Award from the Headliners Foundation in the TV division. Plohetski was voted "Best Reporter" in 2018 in a Statesman readership poll honoring the city's "Best of the Best."

In 2017, he received a National Headliner Award in local journalism for his accountability reporting of the Austin Police Department, including coverage that exposed the violent arrest of an elementary school teacher. The case of Breaion King sparked wide reforms within the department, and led to an HBO documentary “Traffic Stop” that was nominated for an Academy Award and featured a cameo of Plohetski. Parts of that body of work also received a Lone Star Emmy nomination for community service and won a first-place award from the Texas Associated Press Broadcasters.

During his tenure, he also has reported on natural disasters and mass shootings and was one of the first reporters on the scene of the church shooting in Sutherland Springs in November 2017. He was on the Texas coast during Hurricanes Ike and Rita and reported extensively from New Orleans before, during and after Hurricane Katrina in 2005. In Austin, his investigative reporting has led to substantial government policy changes, broken new ground on controversial police shootings and captured political drama stretching from the governor's office to the county courthouse.

Over the years, Plohetski has received a dozen honors from the Texas Associated Press Managing Editors, either individually or as part of a team, for his work with the Statesman, including a second-place Star Reporter of the Year in 2012 and a third place in 2019. He was the lead writer on three breaking news stories that were named Star Breaking News Report of the year in 2011, 2012 and 2013 and has received additional state broadcast honors for his work with KVUE. In 2019, he was part of a team of reporters that published "Unwatched" in the Statesman that received state awards for community service and freedom of information and a national Society of Professional Journalists award for investigative reporting.

In 2010, he received a national award from the American Society of Sunday and Features Editors for his narrative account of an infant who died after being left by his father in the family’s mini-van, and in 2015, a series of collaborative investigative stories between The Texas Tribune and the Statesman received a Silver Showcase Award for Enterprise and Innovation from the Headliners Foundation of Texas.

Plohetski has also appeared numerous times on national news outlets and every major cable news channel, including CNN, MSNBC, HLN and Fox. He has also served as a case expert for ABC's "Nightline," CBS's "48 Hours" and the Investigation Discovery channel. He and his husband, Wroe Jackson, live in Austin.