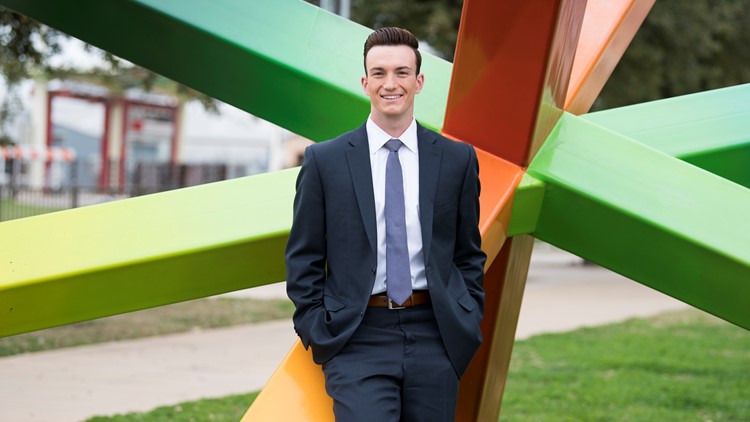 AUSTIN, Texas — Hunter Williams joined the KVUE staff as a meteorologist in January 2020.

Hunter was born in Birmingham, Alabama, and earned his meteorology degree from Penn State University. Hunter has also received the Certified Broadcast Meteorologist (CBM) designation from the American Meteorological Society.

Hunter first realized he wanted to pursue a career in meteorology on April 27, 2011. On this date, a historic tornado outbreak took place across his home state of Alabama.

Hunter recalls sitting on his living room floor watching live coverage of the Tuscaloosa EF-4 tornado as it tore through the city. This particular experience was transformative for Hunter, and ultimately sparked his passion for weather.

Prior to arriving in Austin, Hunter worked one of KVUE’s sister stations WMAZ in Macon, Georgia. While in Georgia, Hunter covered Hurricane Irma, Hurricane Michael and numerous severe weather outbreaks.

When he’s not covering the weather, Hunter loves to play basketball and can frequently be found on local trails running and hiking.