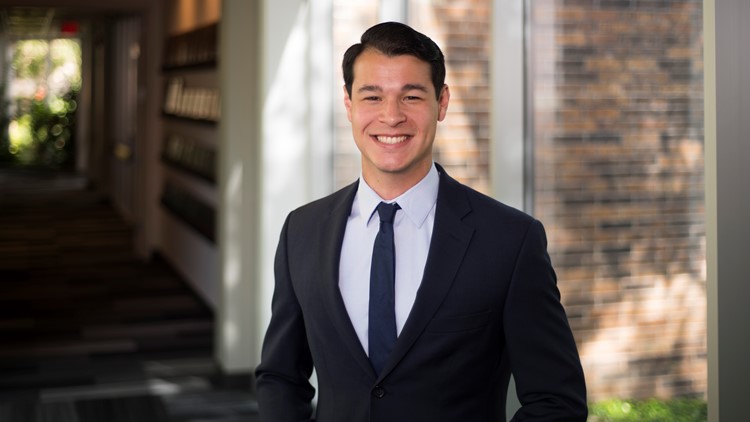 Luis de Leon is a reporter at KVUE in Austin, Texas.

A career in broadcast media has been the goal for Luis since he was 5-years-old, but it wasn’t always news reporting that caught his attention: Growing up, he wanted to be a meteorologist.

After years of job shadowing meteorologists at multiple local news stations in his home state of Wisconsin (Go Pack Go!), he entered college at the University of Wisconsin-Milwaukee (#PantherProud) and decided to switch to journalism. He graduated in May of 2018 with a degree in Broadcast-Journalism, Advertising and Media Studies.

Luis has always admired journalism for its importance and for its ability to capture raw human emotion no matter what the occasion.

Over the last four years, Luis interned with multiple local news stations in Wisconsin, including WLUK-TV in Green Bay. In the summer of 2017, he lived in New York City and interned for the CBS Evening News Medical Unit, where he worked closely with producers and with Chief Medical Correspondent Dr. Jon LaPook. Luis helped the unit cover important events that summer, such as the congressional baseball shooting and the federal government’s decision to scrap sleep apnea screening for public transportation operators. He also interned for four years with Milwaukee PBS, where he anchored and reported the news and the weather on three different programs, including UWM’s national award-winning student newscast, PantherVision. In addition, he simultaneously interned for two years with UWM’s University Relations department as a videographer. He had camera equipment everywhere he went (including class), producing, shooting and editing videos for UWM’s official social media platforms.

Aside from being a news junkie, he loves the outdoors, reading autobiographies, music, soccer, and spending time with friends and family.