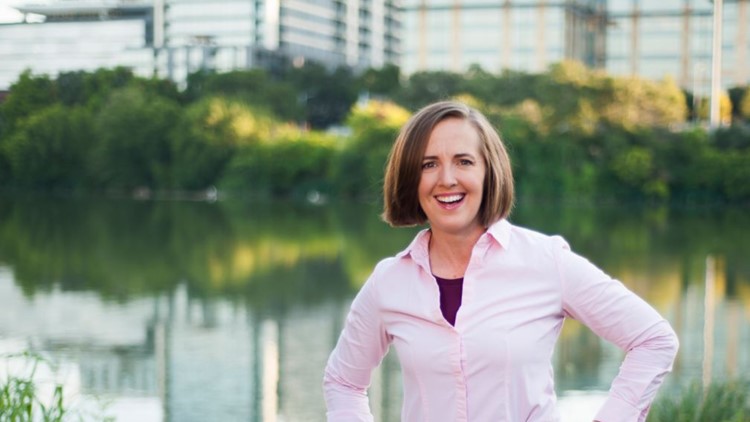 Blame it on being a Gemini, call it balanced, or maybe it’s rebellion. Erica lives her life in extreme opposites.

She is a serious investigative reporter who has helped law enforcement spot human trafficking, exposed weaknesses on the international boundary line and has fought to get many people justice when it seems they have nowhere else to turn. She strives to have all investigations tell a story in which we can relate, bringing the voiceless out of the shadows and empowering our community.

On the other side of her life, she’s a “weekend-warrior athlete” who doesn’t take herself too seriously. She vlogs (video blogs) on her two YouTube channels about the lighter side of her life. In her spare time, you’ll find her running an Austin trail, mountain biking, cycling, swimming or playing any sport she can find. Her current focus is obstacle course racing.

Erica grew up in rural Alabama. As a child, she would watch the nightly news to catch up on the latest health trends. In college, at Troy University, she learned her appetite for harder news stories was just as strong as the desire for fitness. Plus, hard news gave an opportunity to help and create positive change in a community.

Erica left college with several job offers and took a reporter position near her hometown in Dothan, Alabama. She quickly moved into anchoring the morning and noon newscast. Erica spent nearly five years working in the Southeast.

She turned three documentaries as an investigative journalist, covering the environment, social justice and international relations.

Erica’s passion for news flows into her social media presence. She takes her followers along on the process of the story and shares personal details about her life. She believes connection is key. It’s why you’ll find her responding to nearly every viewer who tweets, tags, or comments on her accounts. Test it out for yourself.