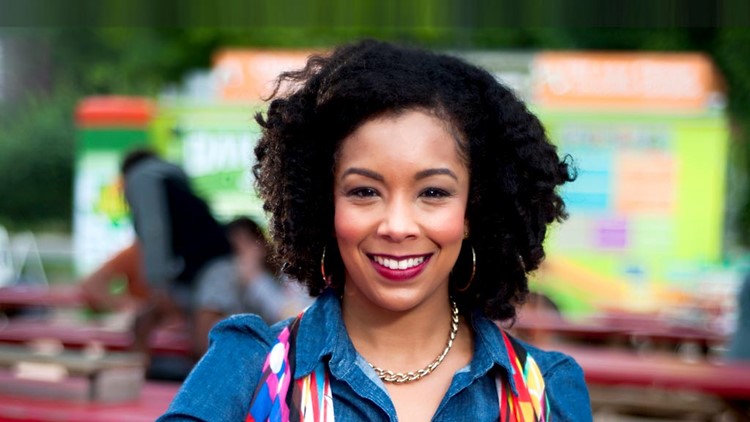 Ashley Goudeau is a reporter and anchor at KVUE in Austin, Texas.

On the last day of her sophomore year of high school, Goudeau's world history teacher told her she would be a television news reporter. He said her versatility and ability to strike up a conversation with anyone would help make her a great journalist. Turns out, he was right.

Emmy Award-winning journalist Goudeau said she is blessed to be a part of the KVUE news team, serving the people of Austin, Texas.

In 2015, Goudeau's work on the deadly South by Southwest crash was honored by the Texas Associated Press. That year she was also named an Emerging Business Leader by the Greater Austin Black Chamber of Commerce.

The City of Austin has always had a very special place in her heart. It was there that she first developed her love of journalism. Her parents moved to Austin shortly after she was born. Growing up, she would routinely call family members in Baytown, Texas to conduct "news interviews."

Her "big break" came in 2006 when she was hired to be an assignment editor for KIAH in Houston, Texas. A few months later, Central Texas came calling. She became a reporter at KCEN HD News to cover stories in Waco, Temple and Killeen.

At KCEN she covered an array of stories from breaking news to high profile murder cases to Baylor sports. Goudeau was one of the first reporters to respond to the November 5, 2009 massacre on Fort Hood. She provided continuous live coverage for not only KCEN, but also MSNBC.

In November 2011, she earned an Emmy award from the Lone Star Emmy Chapter for a story she wrote and produced on people who hack into video baby monitor systems.